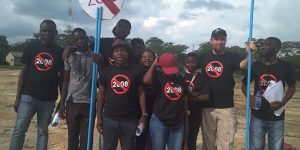 In November 2018 we saw Zimbabwe’s economy enter turbulent times which saw the beginning of an ongoing fuel crisis and inflation linked to an exchange rate distortion where the government insisted the bond note and US dollar were at par, but the actual value of the bond note on the market started declining. Although the crisis is multi-faceted and there are deeper issues at play, one important factor is the bond note. A lot of the economic hardship inflicted on citizens is as a result of the existence of this pseudo-currency.

Back in 2016 when it was introduced, there was protest and opposition by citizens. The Reserve Governor, John Panonetsa Mangudya, assured that the introduction of the bond note would ease the liquidity crisis and NOT lead to the myriad issues raised by citizens at the time. It became clear that the opposition is true, and leaning on the Governor’s public promise to resign if the bond note did not perform as advertised, Occupy Africa Unity Square (OAUS) decided to launch a campaign centred on a petition for Mangudya to resign.

Methodology
Starting on 20th November 2017, we set up cardboard box stands in Africa Unity Square, in the centre of Harare CBD, each with a lollipop stand and messaging and hashtags painted on the side. These served to attract the attention of passers-by and provided a flat surface on which they could read copies of the petition letter and sign the signature sheets. We later sent teams to bus ranks in the city as well as to neighbourhoods in order to harvest signatures. At the same time, we explained the rationale behind the campaign and engaged in discussions with citizens around the issue. In early December we started expanding the campaign to other town. During all of this, we wore distinctive t-shirts as seen in the picture below. The year 2008 is significant to Zimbabweans as a time of great economic hardship and suffering, thus the message being we don’t want a return to those conditions.

In addition, the petition was also placed online:
https://www.change.org/p/john-panonetsa-mangudya-demand-for-resignation-of-rbz-governor-mangudya

Aims and Objectives
The primary aim of the campaign was to collect 5000 physical signatures. Once this was done, the intention was to submit the letter together with the physical signature sheets to the Governor of the Reserve Bank of Zimbabwe and repeatedly remind him of his promise to resign.

In addition to this, the campaign aimed to encourage active citizenship by demonstrating to ordinary citizens that they have legal, constitutional avenues to air their grievances and that by engaging office-holders they can exercise their agency instead of being passively at the mercy of events.

The campaign also provided a platform for discussion amongst citizens on this and related issues covering analysis of the economic situation, government accountability and the role of the citizenry in pressuring for solutions.

The collection of signatures began on 20th November 2018 and our team set up in Africa Unity Square every weekday between 12:00 and 2:00pm. Within 2 days we had collected 100 physical signatures. By the end of that week, we had reached 200.

On the second week the team grew with members of Amandla, Tag A Life International (TaLi) and Vendors Initiative for Social and Economic Transformation (VISET) joining the campaign. This significantly boosted our effectiveness. On Monday 26th, the number of collected signatures was at 408. By Wednesday 28th, it had more than doubled to 878.

On Thursday 20th the opposition MDC-A party gathered at the Square for a demo against the August 1st shootings. Taking advantage of the crowd, we didn’t set up the boxes but moved through the assembled people gathering signatures. By the end of that day our total signature count was 1524.

By December 7th the number reached 2300. The next day, Saturday 8th, the team visited the town of Macheke to collected signatures door-to-door. The experience was very positive with the team noticing that the farming based community had concerns that overlap with those of citizens in the capital, yet had their own particular take on the issues rooted in their experience.

Beginning of December the Amalgamated Rural Teachers Union of Zimbabwe embarked on their #SalaryCaravan campaign for better working conditions and pay in US dollars which saw them walk 275km from Mutare to Harare. Given the similarities of the issues addressed, it was decided that synergies between the two campaigns could be generated. Instead of remaining separate, members of the #MangudyaMustGo team supported the ARTUZ action.

By Friday 14th December we had gathered 3133 signatures. On Wednesday 17th members of the team went to Marondera for the court appearance of ARTUZ members who had been arrested.

Tuesday 18th December we collected signatures for a busy bus rank at Copa Cabana in Harare, bringing our total to 3917.

Thursday 20th December the ARTUZ marchers, who had been arrested and acquitted a second time, arrived in Harare. We joined their march from the outskirts of town to the Ministry of Finance.

On Friday 21st December, before people left town for the festive season, we gathered for a retreat at Dam View outside Chitungwiza to allow team members to reflect on the campaign in a relaxed atmosphere.

Conclusion of the campaign
In January 2019 our allies in ARTUZ started the #SalaryCamp follow-up to their March which saw them go to the Ministry of Finance every day from the 7th. Given our earlier support, it was deemed strategic to continue supporting their efforts in order not to undercut both campaigns by delivering our petition at the same time. The idea was that once the #SalaryCamp action had run its course we would deliver our petition soon after, riding on the publicity and anticipating support from ARTUZ members.

However, one week into the #SalaryCamp and in the midst of an acute fuel crisis, the government raised the price of fuel to over $3 a litre. As a result the Zimbabwe Congress of Trade Unions called for a three day stayaway which was popularized under the name #ShutDownZimbabwe starting Monday 14th December. The protests became violent and the reprisal by the State through the armed forces was particularly vicious. In the climate of fear and considering the targeting of anyone deemed to oppose the government, seeing arrests of many including the ARTUZ leadership, it was deemed too risky to expose our team members to the danger of physical violence and arrest by returning to the streets to collect signatures or by delivering the petition. It was decided to put the campaign on hold until the situation becomes less volatile.

Go to Top
We use cookies to ensure that we give you the best experience on our website. If you continue to use this site we will assume that you are happy with it.Ok